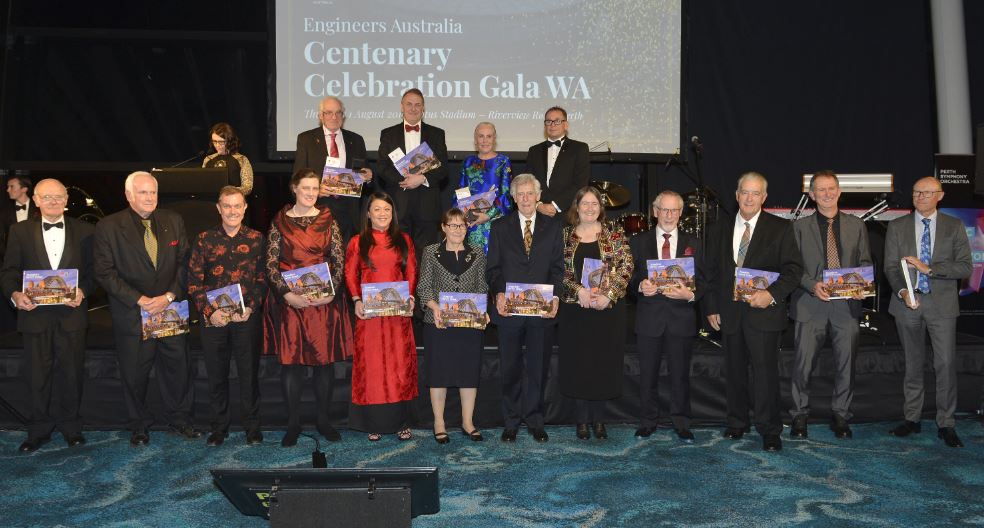 Winners of the WA Engineer of the Year awards. Image courtesy of Engineers Australia.


Western Australia’s most prestigious engineering awards have been handed out at a centenary gala at Optus Stadium on 1 August, marking 100 years to the day that Engineers Australia was founded.

As such, last Thursday marked a significant milestone for the organisation and a chance to accentuate the critical role engineering plays in the lives of all Australians.

The evening featured an address from WA Chief Scientist, Peter Klinken AC, and a curated performance with members of the Perth Symphony Orchestra led by Professor Alan Harvey.

One of Ms Selman’s biggest achievements is the founding and running of the Women in Subsea and Engineering (WISE) professional network for the Offshore Oil & Gas industry, which has 400 members. With Allison’s encouragement, there is now a collaborative Joint Industry Mentoring program.

The simple, cost-effective device is ideal for low-cost healthcare settings such as rural and remote communities and has the potential to save the Australian healthcare system tens of millions of dollars annually.

Con Michael received the only national award presented on the night – the Neville Thiele Eminence Award from the Information, Telecommunications and Electronics Engineering (ITEE) College of Engineers Australia.

Engineers Australia Medals for meritorious service were also given to Susan Murphy AO, James Trevelyan and Francis Norman and Dr Gary Bryant was highly commended in the Professional Engineer of the Year category.