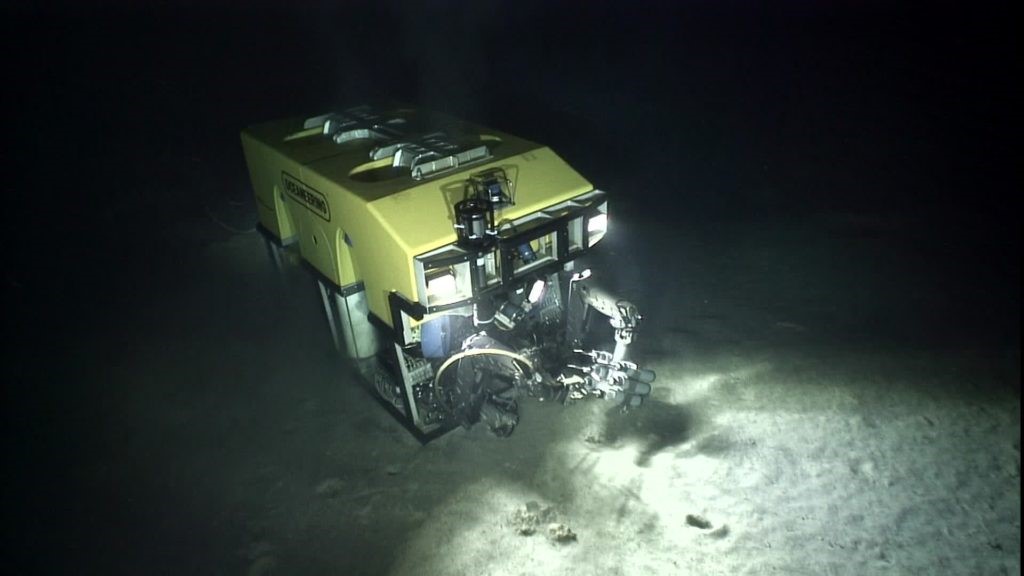 
Remotely operated vehicles used by the oil and gas sector can be enhanced to gather more scientific data, researchers say.

Underwater robots are regularly used by the oil and gas industry to inspect and maintain offshore structures. The same machines could be adapted to gather extra scientific information, thus boosting environmental and resource management capabilities, an Australian-led study has revealed.

Scientists from around the globe, led by Dianne McLeanand Miles Parsons from the Australian Institute of Marine Science (AIMS), are urging closer ties between industry and researchers to maximise the use of the underwater robots, known as remotely operated vehicles (ROVs).

In a paper published in the journal Frontiers in Marine Science, they identify a range of instruments that can be easily added to the craft, including cameras, audio recorders and sample collectors.

The information gathered will significantly increase scientific and industry understanding of the impact of marine infrastructure, producing benefits for ecological management and regulatory compliance.

“This is a real win-win,” said Dr McLean. “With some low-cost engineering and operational tweaks, industry and science can use ROVs to fuel new scientific discoveries. For instance, we could better understand the influence of structures such as platforms and pipelines in marine ecosystems – to the mutual benefit of the resource company and the environment.”

The new research follows an earlier study that used adapted underwater vehicles to examine fish populations around  a platform on the North West Shelf, 138 km oﬀshore from Dampier.

In May this year, the AIMS team is set to extend the study, working with Santos to use ROVs to survey marine life around shallow water platform jackets.

The craft are routinely used to inspect thousands of industrial subsea structures around the world each year. They operate in shallow water, and at depths down to 3000 metres.

McLean, a fish ecologist and specialist in underwater video systems, and Parsons, an acoustics expert, teamed up with colleagues in Australia, the US, England and Scotland to identify feasible, cost-effective ways in which standard work-class ROVs could be adapted to expand their data-gathering capabilities.

These include the addition of extra sensors, cameras, acoustic transmitters and receivers, and sample collection devices.

“By partnering with experienced research scientists, industry can improve the quality of its ROV-derived data,” says Dr Parsons.

Dr McLean said the extra information, and the spirit of cooperation through which it was gathered, could be particularly useful when it came to complex engineering and environmental management challenges such as decommissioning large structures at the end of their working lives.

“From an industry point of view,” she said, “these small additions to ROVs and their use for scientific surveys has the potential not only to improve environmental management, but also to facilitate more informed engagement with external stakeholders such as regulators and the public.”

The research shows that small enhancements to the vehicles and how they are used now could provide substantial benefits to science and to resource companies in the long-term.