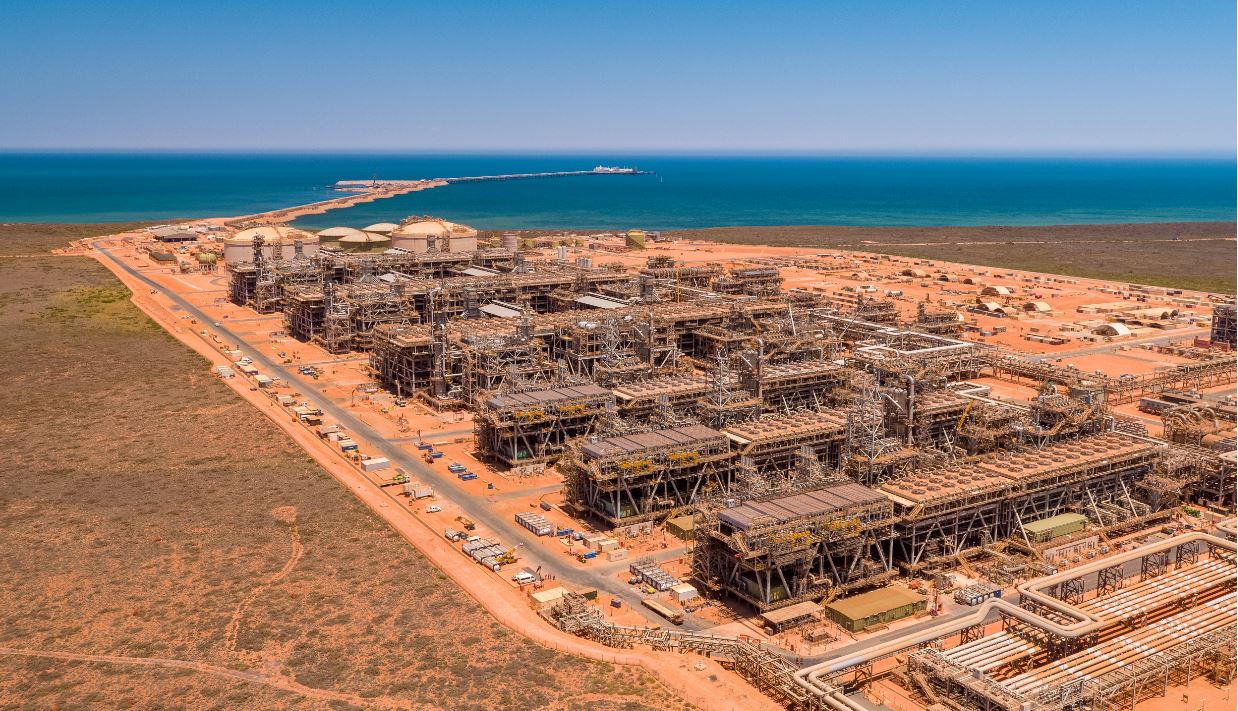 
Even though 2020 was the year oil and gas producers reduced output to balance the pandemic-hit demand, Australasia’s production did not only stay resilient, but it also rose slightly, a Rystad Energy report reveals. It is estimated that combined petroleum output across all products was 1.210 billion barrels of oil equivalent last year, little changed from 1.208 billion boe in 2019.

Within this, Australasia – Australia, New Zealand, Timor-Leste and Papua New Guinea – produced an average 160,000 barrels per day (bpd) of crude oil, an increase of about 3 per cent from 2019.

The largest contributor to crude oil production growth was Woodside’s Greater Enfield project, which is estimated to produce about 28,000 bpd.

The top gas-producing project in the region was Chevron’s Gorgon with an estimated output of close to 2.1 billion cfd (LNG and domestic gas).

Before the pandemic struck, Rystad had expected US$11.5 billion in non-exploration capital expenditures, which means the actual capex was 43 per cent below its initial estimates. The decline was largely driven by spending cuts implemented by companies to weather the crash in benchmark commodity prices.

The industry’s bottom line decreased as expected. Rystad estimates free cash flow from operations slipped by around 9 per cent to US$20.7 billion in 2020.

On the exploration side, spending fell to a historic low of close to US$930 million, a 53 per cent decline compared to 2019, and the lowest level of exploration spending since 1994.

Post-tax impairments in Australasia are forecast to be more than US$15 billion, with Shell taking the biggest impairment at US$8.2 billion for the QCLNG and Prelude FLNG projects.

Woodside announced US$4.37 billion in post-tax impairments on its portfolio, followed by Total at US$800 million for its Australian gas assets, Santos with US$560 million, Origin Energy at US$530 million, and Oil Search announcing US$300 million in impairments relating to its assets in Papua New Guinea.

Upstream capital and operating expenditures have been sharply reduced alongside exploration budgets.

Woodside, one of Australia’s largest producers, halved its total expenditure to about US$2.4 billion in 2020, and other companies with a strong presence in Australia like Santos, Beach Energy and Origin Energy also slashed their 2020 spending plans.

Projects that were to be sanctioned over the 2020–2022 period have been deferred due to the prevailing situation. Rystad expects these delays will reduce Australasia’s capital expenditure between 2020 and 2022 by approximately US$5 billion.

New upstream oil and gas projects worth about $15 billion will be sanctioned in Australasia this year, according to Rystad’s forecast, representing a huge boost compared to the $1.2 billion committed to new projects in 2020.

This jump in activity, however, is almost entirely dependent on the anticipated final investment decisions (FIDs) being taken for the Scarborough and Barossa LNG projects in Australia.

Without these major FIDs, Rystad anticipates new commitments this year of only $526 million in the region, representing a 57 per cent drop from 2020 for major exploration and production companies. Virtually all sanctioning activity expected this year in the region will be in Australia.

The Scarborough/Pluto Train 2 project on the north coast of Western Australia, which operator Woodside is expected to formally sanction this year, dominates the list of FID candidates.

Rystad’s estimate for Scarborough capital expenditure is $11.1 billion, which would represent 72 per cent of all the potential investment commitments in the region for the full year.

The impact of project delays is most apparent in Rystad’s production forecasts for the 2024 to 2030 period. It is now expected that Australian gas production in 2030 will be 101 million barrels of oil equivalent (boe) lower than its previous forecast – a drop of about 9 per cent.

On a combined liquids and gas basis, the company now forecasts a 2030 production of 1.26 billion boe. This is 188 million boe below its previous forecast – representing a 13 per cent drop. As expected, the lower forecast is primarily the result of the deferrals in gas projects. 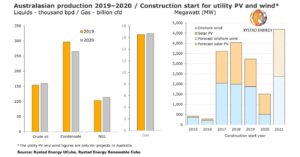 2021 to be record year for renewables

This year is set to be a busy one for Australian renewable energy players, with an expected 5.3 gigawatts (GW) of utility solar PV, wind and battery projects expected to complete commissioning.

Activity will be concentrated to the West Murray region for utility PV commissioning and western Victoria for wind.

New utility PV and wind construction is set to bounce back in 2021 from a four-year low in 2020.

Rystad estimates the additions at 2.1 GW in utility PV projects, 2.8 GW of wind and 0.45 GW from batteries, however beyond 2021 appears challenging as grid capacity for new connections becomes limited.

When it comes to projects that break ground, the record for new construction starts in the utility PV sector was set in 2018, when 2.1 GW started construction. This year is set to challenge that record as several large-scale projects have secured power purchase agreements (PPAs) and are anticipated to commence construction in 2021.

Utility wind construction in Australia is also gearing up for a record year in 2021. Approximatly 2.9 GW of utility wind assets have currently signed PPAs but have yet to start construction.