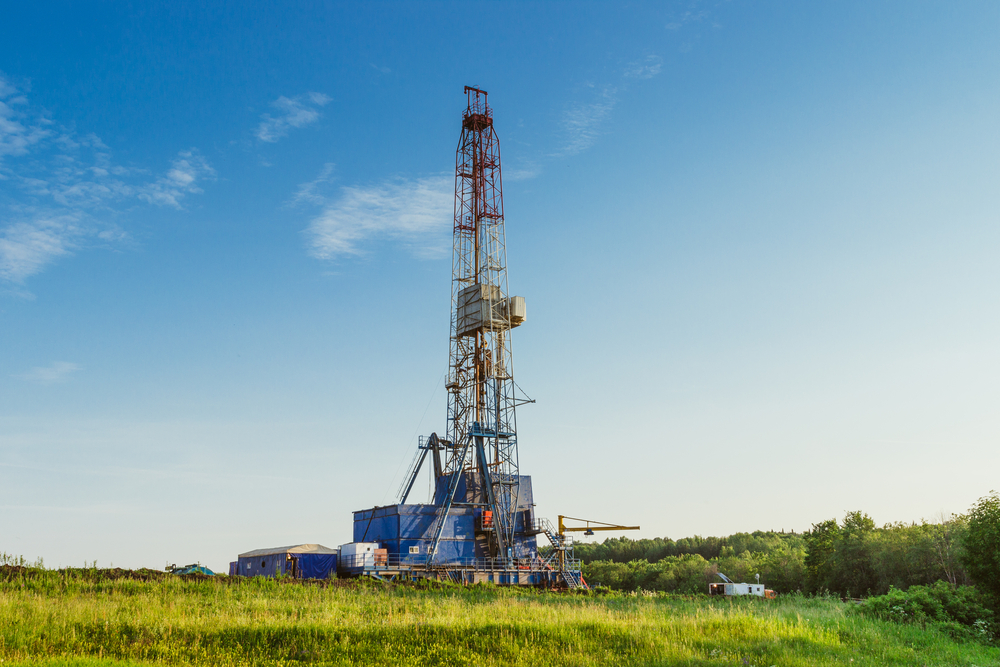 The success rate of global conventional oil and gas exploration has declined in recent years, but the ‘most painful blow’ has been to onshore wildcat wells, according to new analysis from Rystad Energy. In 2020, the success rate of these drilled wildcats reduced to an all-time-low of 10.6 per cent, marking an annual decline for a fourth year in a row.

During the first half of the last decade, operators enjoyed high success rates in their wildcat drilling campaigns, of between 40-60 per cent for onshore and 30-40 per cent for offshore.

Both onshore and offshore wells have seen a decline in success rates in recent years but for onshore the drop since 2016 – when explorers recorded nearly 60 per cent success with their wildcats – has been particularly alarming, notes Rystad.

For offshore wildcat wells it has been more of a hit and miss. Offshore success rate has seen mild fluctuations during this decade and the 2020 score ended at 24.8 per cent, down from 28.6 per cent in 2019 but slightly higher than the 24.1 per cent score recorded in 2018.

Vice president at Rystad Energy’s upstream team, Palzor Shenga, detailed that the lack of availability of easily exploitable prospects, combined with dying exploration activity in once rich onshore areas such as the Middle East, has led to the decline in the onshore success ratio.

“Most of the easily mappable structural prospects with shallow reservoirs have already been thoroughly explored, leaving wildcatters to struggle primarily with technically challenging prospects,” Shenga commented.

Rystad Energy does not foresee a significant improvement in the onshore success ratio soon and expects much more activity will be focused on offshore areas, where prospects are associated with higher unrisked resources. The company states that deep and ultra-deep-water areas have delivered decent success over the past couple of years. 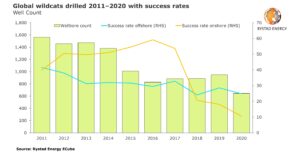 Although new volumes found in 2020 exceeded 10 billion barrels, only 12 per cent of the wildcats had a volume potential greater than 250 million barrels of oil equivalent (boe). Of these, 66 per cent targeted reservoirs in deep and ultra-deep waters, 20 per cent were in onshore basins and the remaining 14 per cent were in shallow waters.

In 2021, Rystad Energy expects approximately 70 per cent of the high-impact wildcats to target deep-water and ultra-deep-water plays, while 17 per cent are in offshore shelf areas and the remaining 13 per cent are onshore. This indicates that the high-risk deep and ultra-deep plays continue to garner interest despite the decrease in exploration spending.

The number of wildcat wells has traditionally been higher in the onshore sector compared to offshore, as costs are lower, but with efficiency measures now reducing drilling costs offshore, the tables are turning.

Shenga concludes: “Onshore wildcat exploration has reached a stage of decline, marking the end of an era. Prime locations have been nearly exhausted and, amid low success, the focus now is turning to offshore targets, supported by technological advancements, cost efficiencies and a much larger available selection of untapped areas.”