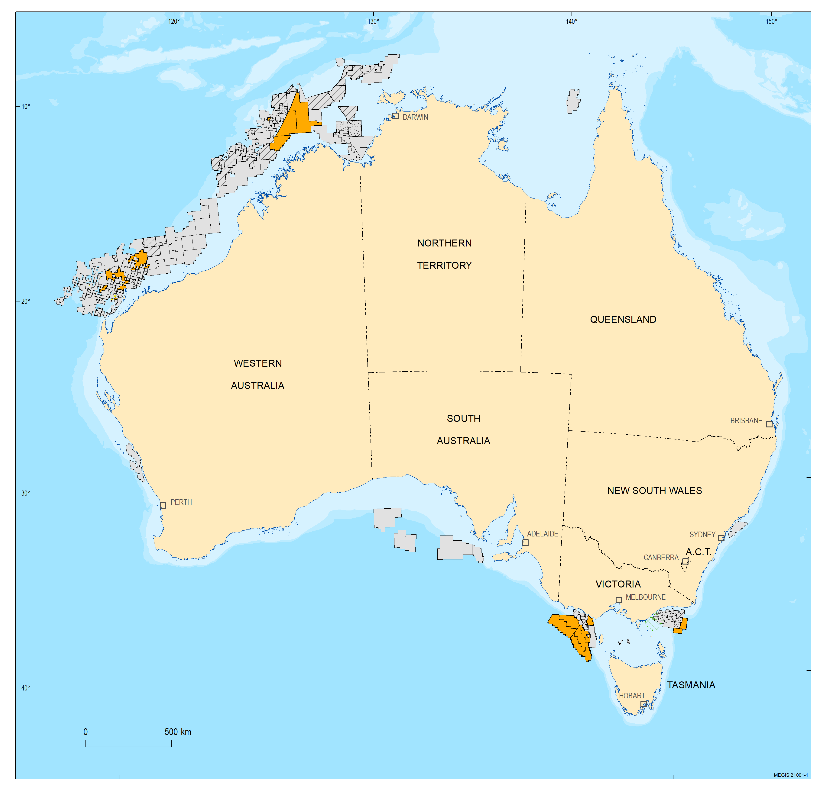 The areas marked in orange have been nominated by industry stakeholders to be considered for the 2021 acreage release. Image credit: The Department of Industry, Science, Energy and Resources.


The annual Offshore Petroleum Exploration Acreage Release is a key part of the Federal Government’s strategy to promote offshore oil and gas exploration in Australia.

The Department of Industry, Science, Energy and Resources (DISER) is currently seeking feedback on areas industry has nominated for inclusion in the 2021 Acreage Release.

The consultation process offers an opportunity for all interested parties to provide comments and feedback on the nominated areas, and highlight how stakeholders might be affected by exploration activities.

The responses will also inform potential explorers of issues or concerns, which they can take into account when planning future exploration activities.

Areas industry nominate will not be endorsed by the government for inclusion in the acreage release until all submissions are considered.

Submissions will be considered as part of finalising the areas for inclusion in the 2021 Acreage Release.

If issues raised through the consultation process are considered to be manageable through regulatory approvals processes, the area is likely to be made available for bidding.

DISER will announce the final areas via Australian Petroleum News, and recommends subscribing to the newsletter to be kept updated.

The release of acreage does not necessarily mean exploration activities will occur.

Exploration companies must bid for a release area and be assessed as a deserving applicant prior to award of a petroleum exploration permit.

Should a permit be awarded, it authorises the holder to apply to the regulator, the National Offshore Petroleum Safety and Environmental Management Authority (NOPSEMA), for approval to undertake an exploration activity.

Any work or forward planning by companies prior to an official release announcement is done at the commercial risk and cost of individual operators.

The reader should rely on their own inquiries to independently confirm the information and comment on which they intend to act.

Consultation is open until 11.59 pm AEDT 8 March and submissions can be made through the Consultation hub.