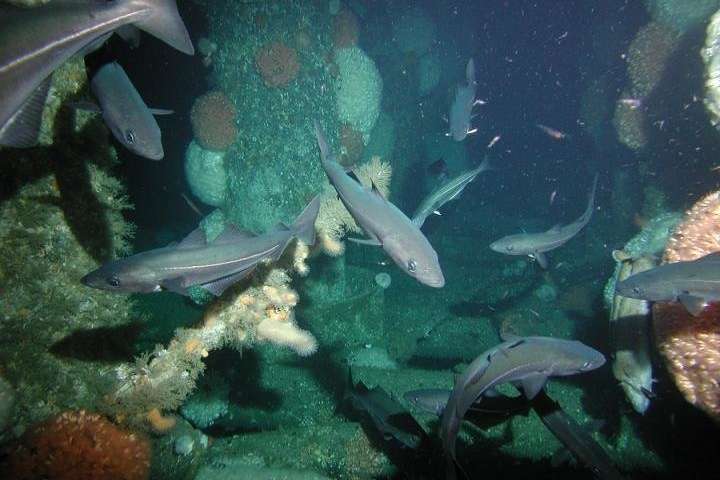 
A new study titled ‘Ocean sprawl facilitates dispersal and connectivity of protected species’, published by the Scientific Reports journal, offers a unique perspective that oil and gas rigs, shipwrecks and other structures could potentially be helping at-risk corals thrive.

The study adopts a network approach to considering the role that oil and gas installations in the ocean play in species conservation and enhancing resilience. The report highlights that individual offshore structures can, for example, help support protected species. Platforms in the Persian Gulf region were used as an example in the report that attract large numbers of the endangered whale shark Rhinocodon typus, which aggregate in the area to feed on the spawn of fish that were attracted by smaller prey around the platform. Protected deep-sea corals such as Lophelia pertusa also colonise the legs of oil and gas platforms in the Gulf of Mexico and North Atlantic, underpinning the notion that disposal of platforms at sea (the ‘rigs-to-reefs’ concept) could benefit protected corals by increasing population connectivity across a seascape fragmented by demersal fisheries.

The study area was constrained to the greater North Sea region, with remotely operated vehicles capturing underwater video survey data of coral habitats from 11 different oil and gas structures in the North Sea.

According to the University of Edinburgh researchers behind the study, Dr Lea-Anne Henry et al, the study offers the provocative suggestion that ocean infrastructure can have large-scale conservation significance to protected species. Simulations also illustrated how North Sea oil and gas installations have the strong potential to form highly inter-connected regional network of anthropogenic coral ecosystems capable of supplying larvae to natural populations downstream.

Additionally, the researchers said that the long history of exploitation of resources in the North Sea has resulted in a multitude of hard substrata introduced into the wider ecosystem, including not only oil and gas platforms and wells but also wrecks, marine renewable structures, pipelines, piers and shorebreaks. In their discussion, the researchers further highlight how the new results from the present study allow  the oil and gas industry to consider the role that these unnatural ecosystems can have for species resilience and conservation, especially if they have now formed their own inter-connected network of populations and ecosystems.

The report states that it is anticipated that further scientific effort in this domain will continue to identify new ways for marine infrastructure to enhance populations of threatened species, with the researchers stressing that even before the end of infrastructure operational lifetime, more consideration could also be given not only to the cumulative role that adding new offshore structures could have, but also the technical design, specification and arrangement of structures that could further enhance the ecosystem towards a desired state or conservation target.

The full ‘Ocean sprawl facilitates dispersal and connectivity of protected species’ report can be accessed here, and a free summary of the report can be found here