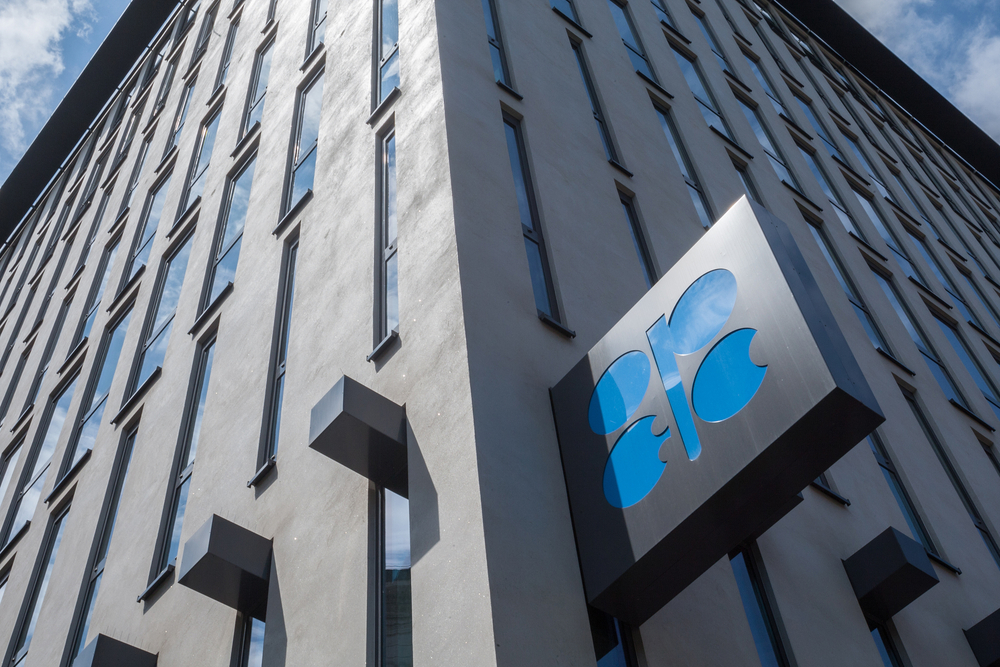 Building of the OPEC in Vienna, Austria (Image taken in July 2012).


The Organization of the Petroleum Exporting Countries (OPEC) is an intergovernmental organisation of 13 nations. In addition to the OPEC members, 10 additional oil-exporting countries, led by Russia, are grouped as the OPEC+.

Tense negotiations and rumours of a rift between Saudi Arabia and the United Arab Emirates ended with a compromise deal for OPEC+ on 3 December 2020.

Wood Mackenzie vice president, Ann-Louise Hittle, said after the initial OPEC session on 30 November, without its non-OPEC partners, signs of discord pointed to doom for the concept of a simple rollover of current levels of production restraint of 7.7 million b/d.

“During November, the idea of delaying that easing in production restraint took hold. This reflected widespread concerns that weaker-than-expected global demand would lead to a large oversupply in the first quarter, unless OPEC+ held back from the nearly 2 million b/d planned increase.”

The OPEC+ Joint Ministerial Monitoring Committee (JMMC) will meet in January to consider if the 500,000 b/d cut in restraint should be continued for February, or possibly doubled.

Hittle said the compromise reflects a determination to avoid a repeat of the price war in March and April this year.

“The compromise agreement, if continued through February and March by adding 0.5 million b/d to each of these months on top of the previous month’s increase, leads to an oversupply of 1.6 million b/d for Q1 2021,” she noted.

“We expect Brent to hold a floor near US$40 per barrel in January and average at least US$45 per barrel for the month with this agreement.”

As expected, given the stakes the group was able to cobble together a compromise. However, Wood Mackenzie states that it now faces the tricky task of reconsidering production at meetings each month during Q1 2021 and avoiding similar disagreements over compliance and production.