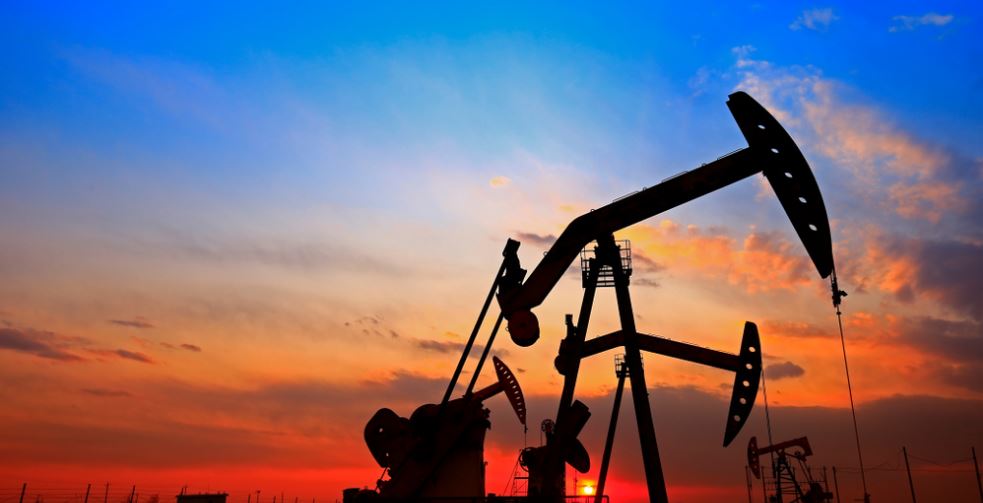 Produced by the United Nations and some of the world’s leading research organisations, The Production Gap Report is the first assessment of the gap between the Paris Agreement goals and countries’ planned production of coal, oil and gas.

The recently released report outlines that the world is on track to produce more coal, oil and gas than would be consistent with limiting warming to 1.5°C or 2°C, essentially creating a ‘production gap’ that makes climate goals much harder to reach.

The report finds that countries are planning to produce fossil fuels at higher levels than what is needed to fulfil their climate pledges under the Paris Agreement.

This overinvestment in coal, oil, and gas supply locks in fossil fuel infrastructure that will make emissions reductions harder to achieve.

Over 50 researchers contributed to the analysis and review, which spanned numerous universities and additional research organisations.

Publicly available data was used to estimate the difference between what countries are planning and what would be consistent with 1.5°C and 2°C pathways, based on scenarios from the recent Intergovernmental Panel on Climate Change’s (IPCC) report on Global Warming of 1.5°C. 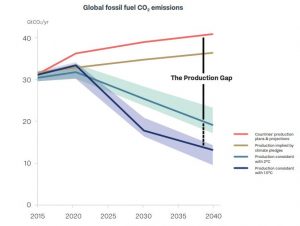 The fossil fuel production gap — the difference between national production plans and low-carbon pathways (1.5°C and 2°C), as expressed in fossil fuel carbon dioxide (CO2) emissions — widens between 2015 and 2040. Image via The Production Gap Report.

The report notes that countries have a range of policy options for closing the production gap, including limiting exploration and extraction, removing subsidies, and aligning future production plans with climate goals.

It also notes that policies that constrain fossil fuel production – either directly through supply-side policies, or indirectly by reducing fuel demand – can be coupled with transition support to aid those currently reliant on fossil fuel development for their livelihoods.

All governments, as signatories to the Paris Agreement, have recognised the need to “[take] into account the imperatives of a just transition” and the impacts of response measures; this implies the need to plan to minimise disruption for workers, communities, and consumers who may be disproportionately affected by a shift to a low-carbon economy (ITUC 2017; UNFCCC 2016).

Some countries have already embarked on such planning. For example, the governments of Canada, Germany, Spain, Scotland and New Zealand are all developing or implementing new transition planning processes and support programs to help coal, oil and/or gas workers and communities adjust as their industry declines.

While there has been limited response from the oil and gas industry in response to the report’s findings, the UK Oil and Gas Authority (OGA) wrote in a recent statement: “The OGA fully supports the energy transition, welcomes the commitment to net-zero emissions by 2050, and recognises there could be concerns about new projects in this context. However, oil and gas will remain an important part of our energy mix for the foreseeable future, including under net-zero scenarios, where the UK is still expected to be a net importer. As such, managing the declining production and maximising the economic recovery from the UK remains vital to meet those energy demands as long as they exist, and to reduce reliance on hydrocarbon imports.”

Some of the report’s key findings:

The Production Gap Report can be found online here.