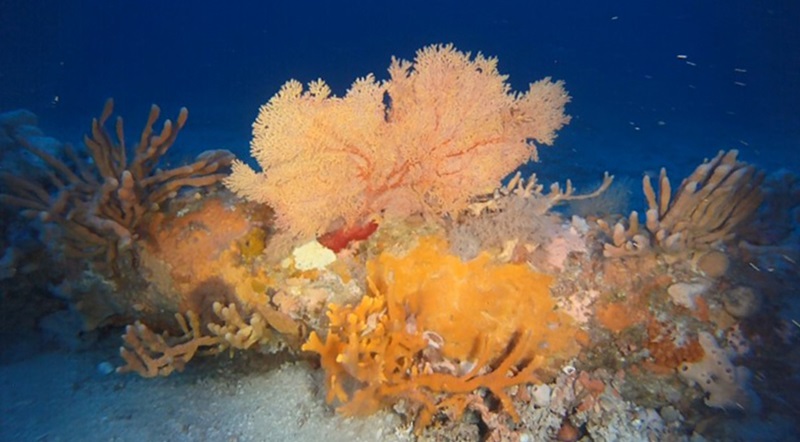 
University of Western Australia (UWA) researchers have found that seabed critters can stabilise subsea pipelines. The discovery could negate the need for expensive span rectification procedures, to fill the gap between the pipe and the seafloor, on subsea pipelines and save the industry time, energy and money.

The project, led by Dr Marie-Lise Schläppy, Terry Griffiths and Dr Hongwei An from the UWA Oceans Graduate School, investigated marine growth along subsea spans – places where pipelines and cables do not touch the seabed.

Often considered destructive, inconvenient or a dead weight, the growth of marine organisms on offshore structures is usually viewed as a negative consequence of placing man-made structures into the ocean.

However, the project showed these marine critters could have a surprising benefit by changing the hydrodynamic profile of pipelines and acting as a stabiliser.

The researchers reviewed industrial underwater footage and found epibenthic sessile biota (critters that live on the seabed) preferentially chose to live on spans, mostly on the top and the sides of a pipe.

They also tended to live in very diverse communities and came in a wide variety of shapes, colours, sizes and pliability.

This is in total contrast to the existing industry approach of treating marine growth as a uniformly distributed, impermeable layer on the outside of the pipe or cable.

Current methods of surveying, engineering analysis and rectification of affected spans are a costly venture for offshore operators.

By improving current models to more accurately reflect the type and characteristics of marine organisms growing on pipes and cables, the researchers were able to show that marine growth could change the flow of water at span locations.

“We found that the fluffier the marine growth, the more it contributed to stabilising the pipe or cable and drastically reduced vortex-induced vibrations that can rapidly cause pipe fatigue failure,” Mr Griffiths commented.

Dr Schläppy said by changing the way that marine organisms growing on offshore structures were considered and by updating previous models, these changes could lead to huge savings in time and energy for offshore renewables as well as the oil and gas industry.

“Usually marine growth is seen as a negative consequence of placing engineered structures in the ocean, because it is usually associated with preventing subsea structures from functioning properly,” she said.

“However, we have shown that marine growth can work in our favour – if we take a more sophisticated approach to modelling it properly.”