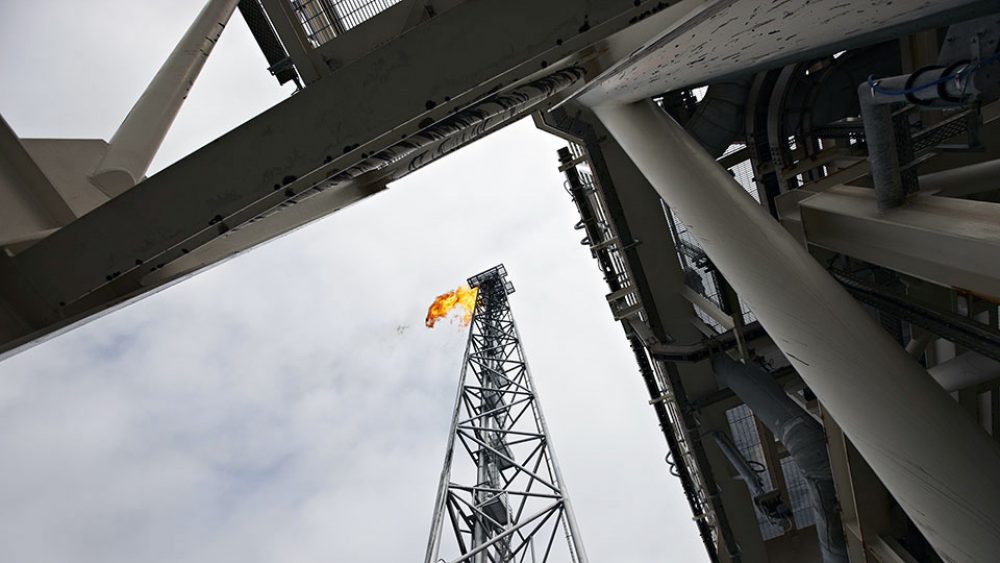 During oil production, gas can sometimes be produced from the reservoir together with the oil – the majority of this gas is utilised or conserved because governments and oil companies have made substantial investments to capture it.

Some of this gas is flared because of technical, regulatory, or economic constraints, and as a result, thousands of gas flares at oil production sites around the globe burn approximately 140 billion cubic metres of natural gas annually, causing more than 300 million tonnes of CO2 to be emitted to the atmosphere.

The World Bank’s Zero Routine Flaring by 2030 initiative aligns governments, oil companies and development institutes from across the world who recognise the flaring situation as described above is unsustainable from both a resource management and environmental perspective, and who agree to cooperate to eliminate routine flaring no later than 2030.

The initiative is focused on wellhead flaring during production, not exploration testing and emergency situations, or at oil refineries such as Kwinana.

The WA Government has stated that this commitment will be achieved by strengthening regulation as part of the implementation of the recommendations from the independent scientific inquiry into hydraulic fracture stimulation including amendments to regulations under the Petroleum and Geothermal Energy Resources Act and the Petroleum (Submerged Lands) Act.

The Department of Mines, Industry Regulation and Safety consulted the industry, the Australian Petroleum Production and Exploration Association, and other relevant government agencies, before recommending WA to join the initiative.

Mines and Petroleum Minister Bill Johnston said that this is another first for Western Australia as a world-leading mining jurisdiction.

“At the heart of all the research and consultation that led to this recommendation is a simple premise: if you’ve got gas, either sell it or inject it back into the ground, but don’t burn it,” commented Minister Johnston.

More information on the Zero Routine Flaring by 2030 initiative can be found here.