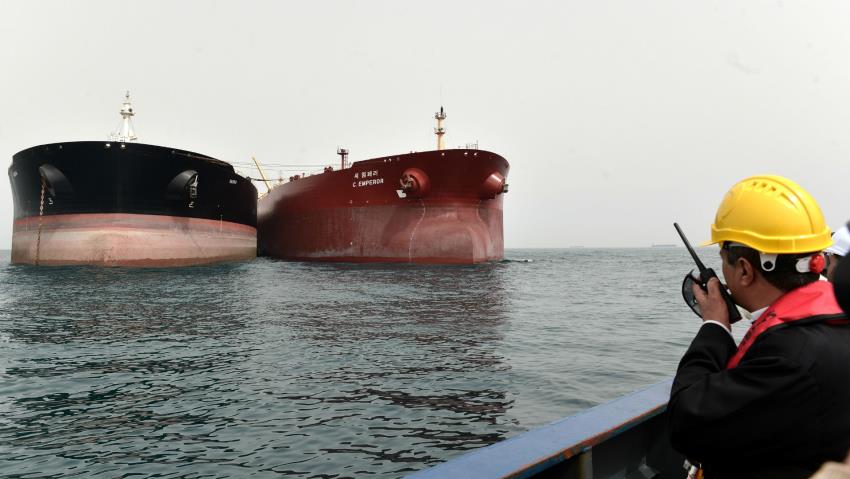 
The US government has continued their attempts to shut down Iran’s oil exports, with Iranian officials responding by threatening to block the Strait of Hormuz, a crucial artery for oil shipments in the Middle East. Officials have said that this could result in huge losses of global crude supply and soaring prices.

The Strait of Hormuz is located between the Persian Gulf and the Gulf of Oman, providing the only sea passage from the Persian Gulf to the open ocean and is one of the world’s most strategically important choke points.

The U.S. Government is now calling on their allies to zero out imports of oil from Iran by November 4, or else face sanctions. An official from the U.S. State Department said last Tuesday that the US ‘had plans’ to follow up on the matter with Turkey, India and China, even though U.S. is trying not to ‘adversely impact’ these countries. Last month Iran managed to keep exports from being adversely affected, with volumes mostly unchanged, although higher condensate exports offset a decline in crude oil exports into the future. So the real battle will be getting India and China to play along, with China currently remaining in defiance of U.S. demands.

“Around 17 million barrels per day or 35 per cent of all seaborne oil exports pass through the strategic waterway and such a move would propel oil prices well into triple figures,” commented Stephen Brennock, Oil Analyst at PVM Oil Associates on the statement released by Iranian officials.

“Oil has also been predicted to spike to $120 per barrel or more if the U.S. were able to eliminate all Iranian oil exports, as it has said it would like to do by November 4”, explained Merrill Lynch on behalf of the Bank of America.

Aside from these complications, protests in Iran are also another concern to the ordeal. “The demonstrations taking place in Iran are very serious, and many of them right now are focused in the oil-producing areas. Over the weekend there were incredible demonstrations in Abadan, which is like the heartland of Iranian oil production,” commented Brenda Shaffer, a US Professor at Georgetown’s School of Foreign Service. “So, we might have two things going on, which is not just the limitations on the exports, but they might have some serious production problems if these demonstrations continue to escalate. I think that is something that is completely realistic,” she said.

“The country that would suffer the most from the Strait of Hormuz being cut off would be Iran. It’s a muted threat. Because it’s like ‘I’m going to threaten my trade if you don’t allow my trade’,” Shaffer explained.

More information is still to come on these developments.