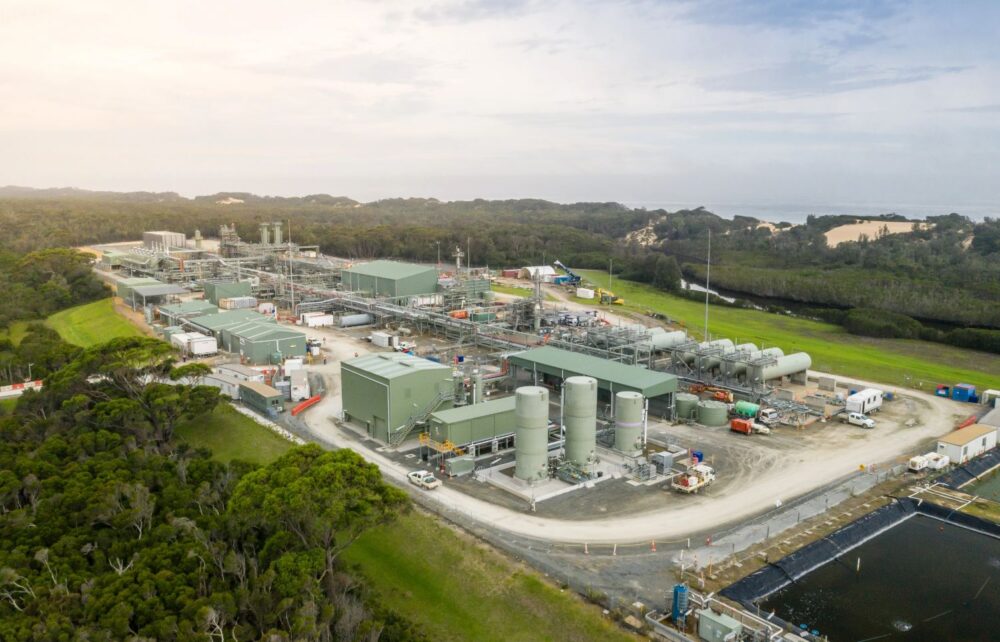 Located approximately 375 kilometres east of Melbourne on the Victorian east coast, the Orbost Gas Processing Plant is owned and operated by APA Group, who are contracted by Cooper Energy to upgrade and operate the plant to process gas from the Sole gas field for supply to Cooper Energy’s gas customers in south-east Australia.

The objective of the commissioning is to achieve plant performance that satisfies the commercial agreement between the parties, which includes demonstrated capacity to process gas from Sole for reliable supply into the Eastern Gas Pipeline at a rate of 68 TJ/day.

According to Cooper, a total of 1.8 petajoules of gas from Sole has been processed and supplied into the Eastern Gas Pipeline up to 18 June 2020. This gas is being sold by Cooper Energy at spot market prices less transportation.

Plant performance during commissioning has been impaired by foaming in the absorber section of the plant, which has suppressed output rates; and by fouling, which necessitated the nine-day shutdown the company advised on 8 May.

Plant performance since the last update

Commissioning activities since 20 May have been directed to achieving a progressive sustained increase in plant output rates with the ultimate target being the required 68 TJ/day.

Cooper outlines that output has averaged 34 TJ/day from 20 May, with performance demonstrating the plant’s capability to maintain daily production of 35 TJ to 40 TJ.

The maximum daily production rate recorded to date has been 55 TJ on 9 June.

APA has advised of a re-occurrence of fouling due to prolonged foaming in the second absorber which will require a second shutdown for cleaning of the absorber vessel.

According to APA, a second antifoam dosing pump has been installed since the previous shutdown to improve performance. This shutdown was scheduled to commence on the weekend of 20 – 21 June and will require approximately six days to complete.

The Sole gas field reservoir and production wells have reportedly continued to perform in line with expectations.

The resumption of operations from the second shutdown is expected in the week commencing 29 June.

The focus will be on establishing a sustainable stable production rate, and achieving the ultimate target of 68 TJ/day. APA has advised that it remains committed to commissioning the Orbost Gas Processing Plant so it can reliably deliver at this rate.

It has detailed that further shutdowns may be required and this will be assessed in the light of commissioning results.

APA has also advised it has initiated planning for plant modifications in case current commissioning does not achieve the required performance rate.

The modifications include re-configuration of the plant’s 2 absorber vessels from a serial to a parallel arrangement. If required, this modification is expected to provide greater flexibility for management of foaming and achievement of the target capacity of 68 TJ/day.

If the modifications are required, a further plant shutdown will be necessary, which could require three weeks according to Cooper. This interruption would be accommodated, to the fullest extent possible, within the maintenance downtime allowance provided in the processing and sales contract agreements.

It is expected that a decision on the plant re-configuration will be made following analysis of plant performance after the return to operations from the forthcoming shutdown.

The company says that it is maintaining a dialogue with its customers for the purpose of aligning supply agreements with the outcome of the current commissioning process.