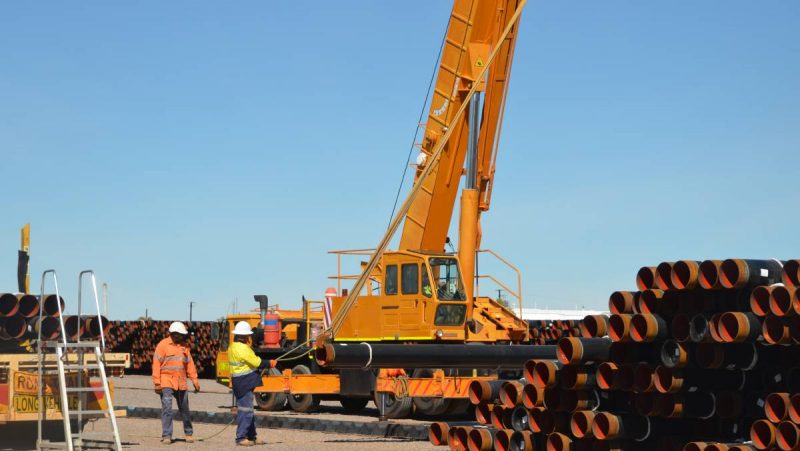 Jemena at the NGP via. The North West Star

Jemena, has just announced that another ‘major milestone’ has been reached on the Northern Gas Pipeline, with the construction of the 622km pipeline now complete. The pipeline will now link Tennant Creek in the Northern Territory with Mount Isa in Queensland.

The news of the milestone was confirmed by Antoon Boey, Executive General Manager of Corporate Development at Jemena, earlier this week. Approximately 34,000 lengths of pipe have been welded, lowered in, and are now fully buried within the trench.

“The sheer scale of this project is enormous,” said Mr Boey, “The [Northern Gas Pipeline is] the largest current gas pipeline project in Australia. This milestone is due to the fantastic effort of those working in remote, hot and often dusty conditions.”

Almost 800 jobs were created as part of the pipeline’s planning and construction phase, of which around 700 were awarded to people from local communities along the pipeline route. In addition to this, the project saw $120 million spent with businesses in the Northern Territory and Queensland. The pipeline and both compressor stations are on track to be rigorously checked before gas commissioning later in the year.

The company has said that the next point of action is to extend and expand the Northern Gas Pipeline, and will continue to work with the community to understand how Jemena can contribute to this next phase of growth and activity.

“Should development of the Beetaloo Basin proceed as expected, we are seeking to invest significantly more across Northern Australia. This could create around 4,000 new jobs during the project’s construction phase, building on the skills the NGP has already brought to the region,” announced Mr Boey.

More information on the Northern Gas Pipeline project can be accessed here.