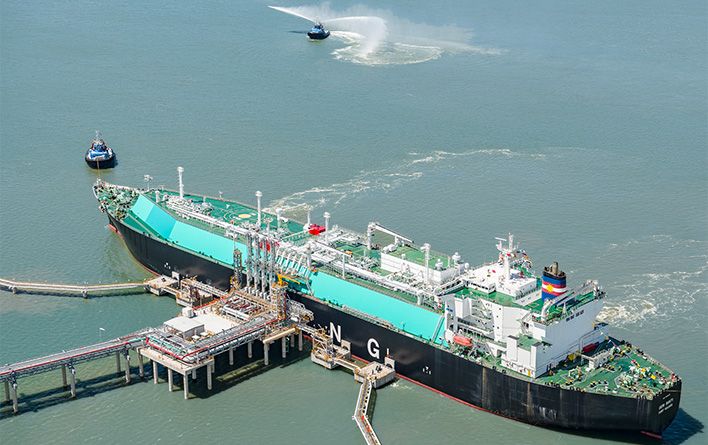 The GLNG project has reached a major milestone this week, shipping its 200th LNG cargo from Curtis Island near Gladstone to Korea in northeast Asia. The vessel, YK Sovereign, docked at Incheon terminal this week.

“The natural gas industry is building a better future for hundreds of millions of people throughout the Asian region,” said Santos CEO, Kevin Gallagher (Santos currently holds 30 per cent interest in The GLNG project).

The GLNG project is also currently investing around AUD$900 million in upstream production infrastructure this year, providing a source of ongoing jobs and business opportunities across Queensland. It is also predicted by the International Energy Agency that the demand for natural gas will grow more than any other energy type. That would mean a market share of almost over a quarter of all global energy demand.

“Population growth, rapid urbanisation and the need to clean up air pollution across Asia will drive demand for Australian LNG,” said Gallagher. As a lower carbon alternative to coal, natural gas is set to maintain a key role in the pathway to lower carbon emissions.

“If all of Australia’s LNG exports from next year were used to replace legacy coal-fired power generation in Asia, the emissions saving would be 300 million tonnes a year,” The Santos CEO said. LNG is a cleaner energy product than its coal alternative and the GLNG project is set to continue to deliver economic and social benefits across Queensland, and Australia.

“Santos is committed to ensuring the domestic gas market is adequately supplied and is set to deliver around 70PJ to the east coast domestic gas market this year, about 11 per cent of the ACCC’s expected demand for 2018,” the company said in a statement, this week.