Energy infrastructure company Jemena, has announced a signed agreement with Senex Energy, with plans to build and operate the Atlas Gas Processing Plant and Pipeline (AGPP). 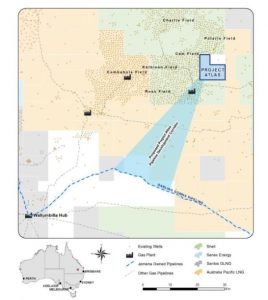 Map of the AGPP’s location, courtesy of AAP.

Jemena is set to invest around $140 million to build the gas plant and 60km pipeline, which is capable of transporting approximately 40TJs of gas per day. The AGPP is also on track to provide volumes into the domestic market for a range of commercial and industrial gas users. The major development project is predicted to provide an opportunity for 200 jobs during the AGPP’s planning, construction and commissioning phases.

“The Atlas gas field is the first of 13 gas exploration tenements awarded by the Queensland Government as part of a broader move to fast-track the development of new gas to the domestic market. Jemena will construct the AGPP on an expedited schedule to deliver first gas by the end of 2019,” said Jemena’s Managing Director, Paul Adams.

Senex has voiced that ‘Project Atlas symbolises stronger domestic energy security for Australian businesses and households, delivered with integrity and resilience, creating growth and opportunities for Senex and its stakeholders’.

The AGPP is set to build on Jemena’s Northern Growth Strategy, developing an interconnected supply chain of gas infrastructure assets across the northern regions of Australia, which is predicted to play a competitive role in supplying gas to market.

“We are also continuing work on our Northern Gas Pipeline (NGP), which will initially bring around 90TJs of gas to the east coast, and are now progressing plans to expand and extend the NGP so that it can transport around 700TJs of gas – that is enough gas to meet the average daily gas needs of Sydney, Brisbane, and Adelaide combined,” voiced Adams.

The first gas from the project is set to flow before the end of 2018. 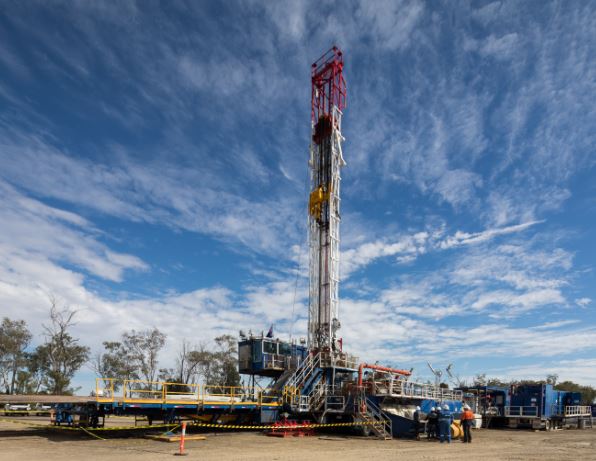