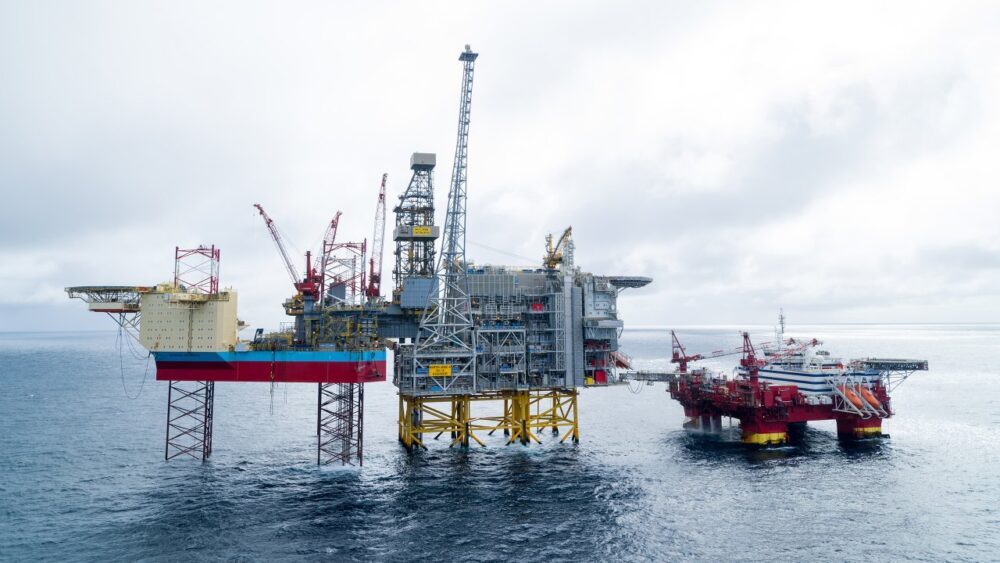 Rune Nedregaard, Senior Vice President for Operations South of Exploration and Production Norway at Equinor said Martin Linge is an important contribution to Norwegian oil and gas production and thanks to new infrastructure in this area it will be possible to realise new discoveries in the future.

“Equinor has formed a cross-disciplinary team who is looking into the opportunities of a wider area surrounding Martin Linge,” he said.

Now that the field is on stream, gas will be transported through a new pipeline connecting the field to the existing pipeline going to St. Fergus, Scotland. Oil will be processed on the storage vessel and transported from the field in shuttle tankers.

Shore power is estimated to reduce carbon dioxide emissions by 200,000 tonnes per year, corresponding to emissions from 100,000 cars. The field will also be operated from land and have a limited offshore staff.

The Martin Linge project has faced many challenges. Production was originally scheduled to start in 2016. The costs of the Martin Linge field development have risen to BNOK 63 (2021 NOK), compared to the original 31,5 in the 2012 plan for development and operation (PDO).

Equinor acquired Total’s interests in the field in March 2018. At the same time, it took over the operatorship and responsibility for completing the field development project.

Approximately 2,500 people offshore and onshore have worked on preparing the platform for production. In general, offshore completion is challenging for a project extending over several winter seasons. The COVID-19 pandemic, with restrictions on personnel and other infection control measures, have also led to further delays.

“It has been a very demanding job, and more challenging than expected, but we have reached the finish line together with our suppliers and our partner Petoro. Martin Linge will now produce and create jobs and value for society for many years ahead,” said Nylund.

Equinor is the operator and majority shareholder (70 per cent) in Martin Linge. Petoro (30 per cent) is the only partner.