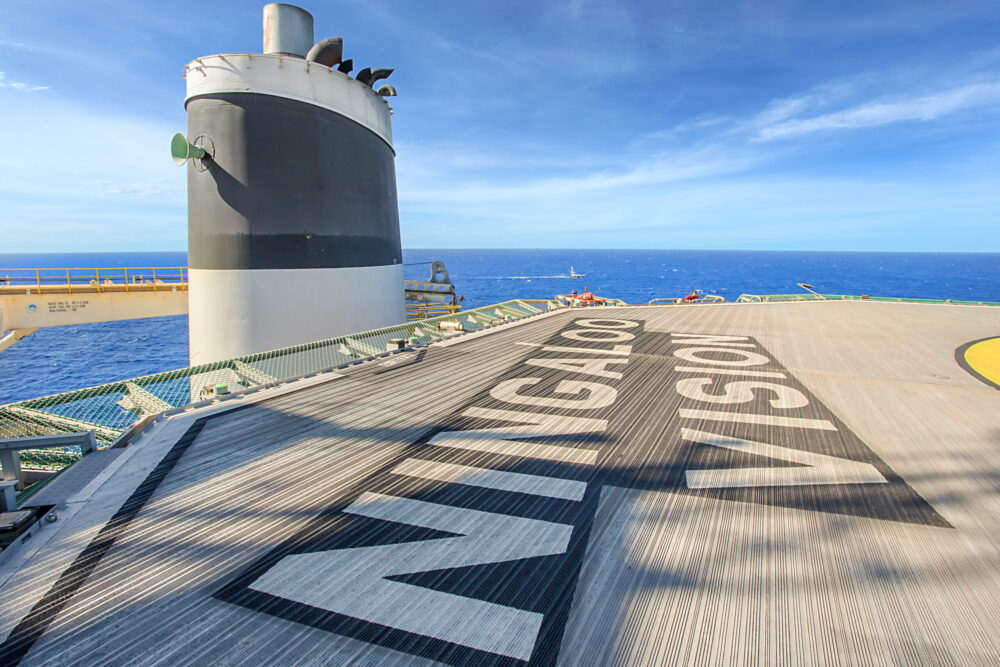 The Ningaloo Vision, which ties in the Van Gogh, Coniston and Novara oil fields offshore of Western Australia, has now commenced ramping-up its production again and is expected to achieve 10,000 barrels per day in the coming weeks.

Santos’ Managing Director and Chief Executive Officer, Kevin Gallagher, said the resumption of production comes as the company prepares for a second phase of infill drilling in the Van Gogh field, due to begin in the second quarter this year.

“Preparations for the three-well campaign, using the Valaris MS1 mobile offshore drilling unit, are tracking well, with drilling expected to start within weeks.”

“I am pleased to report that the Ningaloo Vision is back on location and producing again, following a challenging dry dock campaign last year when it arrived in Singapore just as the nation was going into three months of lockdown and the maintenance workforce being among the hardest hit by a second wave of the coronavirus pandemic.”

“The Ningaloo Vision’s return to production after a successful maintenance program sets the facility up for the next stage of new production from the Van Gogh oil field,” he added.

Production from Van Gogh (WA-35-L) began in 2010, with the nearby Coniston and Novara oil fields tied back to the Ningaloo Vision in 2015 and 2016 respectively.

Santos has a 52.5 per cent interest in the Van Gogh-Coniston-Novara project, which it operates. The remaining interest is owned by INPEX.