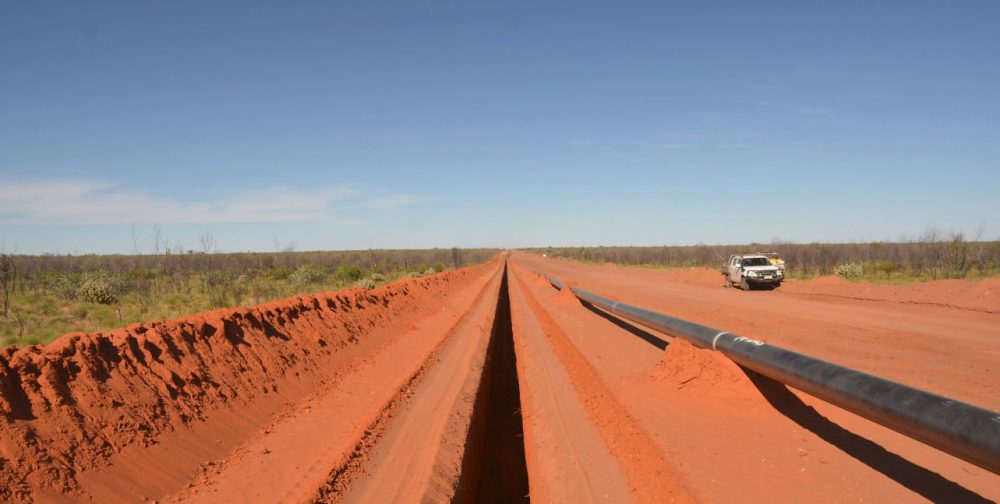 Image of pipeline trenching which occurred in May 2018, courtesy of the Queensland Government.

Queensland’s first ‘domestic-only’ gas supply has moved a step closer today, thanks to the State Government awarding a licence to start construction on a gas processing plant near Wandoan on the Western Downs.

The plant forms a part of Jemena’s $140 million Atlas Gas Pipeline Project, which is anticipated to generate 150 jobs and connect Project Atlas to the Wallumbilla Gas Hub in south-west Queensland.

“From Senex’s production field to Jemena’s processing and transportation to customers, this gas will stay in Australia to power local jobs,” Dr Lynham said.

“Queensland continues to do the heavy lifting on gas supply and this will have benefits for Australian businesses and contribute to future energy security.”

“Gas is expected to be flowing to Australian businesses by the end of this year,” the Minister commented.

Senex Managing Director and Chief Executive Officer Ian Davies added that the decision was great news for Project Atlas and for gas customers in eastern Australia.

“This approval brings that outcome closer, keeping us on schedule to deliver gas from Project Atlas by the end of 2019. The decision also keeps us on track to create further jobs in construction and operations as well as business opportunities in the Western Downs.”

Jemena obtaining the licence today is a key milestone for the project, allowing the company to move to the next stage of planning for the construction of the facility.

Over the next few weeks, Jemena also plans to hold a series of information sessions across the region to discuss the project, outline job and other opportunities, and to hear directly from the community about how they would like to be involved.

Construction of the Atlas Gas Pipeline Project is on track for first gas to flow before the end of 2019.