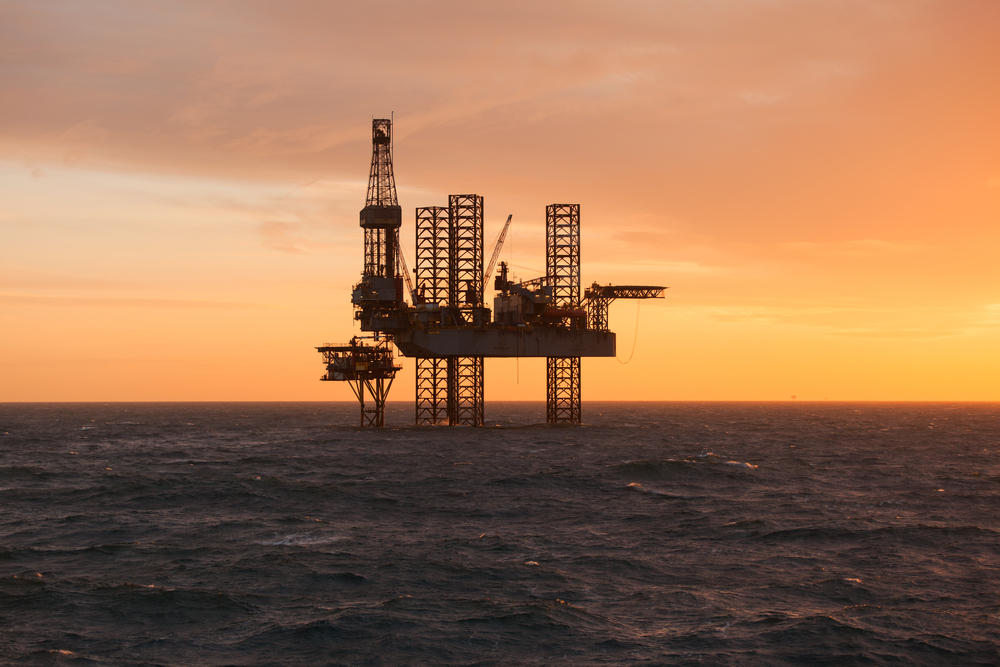 Image: Silhouette of a drilling rig.


Drilling of high-impact oil and gas prospects last year suffered at the hands of the coronavirus pandemic, but the overall results were nevertheless positive, new analysis from Rystad Energy outlines.

According to Rystad, the success rate increased to 41 per cent from 32 per cent in 2019 and pushed discovered volumes to 3.2 billion barrels of oil equivalent (boe) – a four-year high.

High-impact wells represented almost one-third of all conventional resources discovered in the year, primarily because most of the wells targeting large offshore prospects were drilled as planned.

A total of 35 high-impact wells were originally planned for 2020. Of these, as many as 16 were delayed until 2021 or beyond and six were shelved, meaning only 13 wells from the initial list were in fact drilled.

However, as the year progressed, Rystad advises that operators added another 14 high-impact wells to their drilling programs, resulting in 27 such wells being spudded last year – a reduction of 25 per cent from 2019.

Gas accounted for about two-thirds of the discovered resources from high-impact wells in 2020.

When it comes to plays and geology, about 37 per cent of last year’s high-impact wells were drilled in frontier and emerging basins while the rest were in mature areas.

Every year, Rystad identifies what it considers the top 30 high impact wells that will be drilled in the coming year. For 2021, the list is dominated by the Americas and Africa once again.

These regions continue to be the hotspots for high-impact exploration, with 19 of the top 30 wells – seven in North America, six in South America and six in Africa. Majors operate 46 per cent of the wells included in this year’s list, showcasing their continued appetite to invest in high-risk, high-reward prospects.

Among the most highly anticipated of these are ExxonMobil’s Opal prospect in Brazilian waters and Shell’s offshore drilling plans in Mexico. 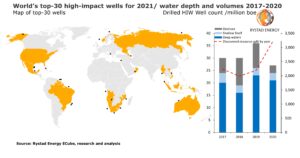 Senior analyst at Rystad Energy, Taiyab Zain Shariff, said with market conditions improving, delayed wells are expected to be moved through the pipeline along with new prospects. This means high-impact activity could rebound to 2019 levels this year.

“The Americas region is likely to almost match last year’s number of high-impact wells, with Mexico as the driving force with five prospects,” said Zain Shariff.

Africa is expected to see an increase in high-impact activity as delayed wells are spudded.

Among the African probes, Rystad shared that Total’s Ondjaba-1 well in Angola and Venus in Namibia will likely be followed with particular interest. As in 2020, majors and NOCs/INOCs will operate more than half of the high-impact wells.

Many of this year’s expected high-impact wells are targeting large prospects which, if successful, could significantly increase the new recoverable volumes of 2021.

All in all, the pre-drill resource potential of this year’s top-30 line-up is estimated to surpass 13 billion barrels of oil equivalent.

Rystad classifies wells as high-impact through an assessment of a number of key factors, including the size of the prospects, whether they could open new hydrocarbon plays in frontier or emerging basins, and their significance to the operator.

In total, 120 high-impact wells have been drilled globally over the past four years, only 50 of which have resulted in discoveries. This equates to a success rate of 42 per cent.

The region with the highest concentration of high-impact wells since 2017 has been Northwest Europe with 22, of which 14 were drilled in Norway, six in the UK and two in Ireland.