Denmark to end North Sea oil and gas production by 2050 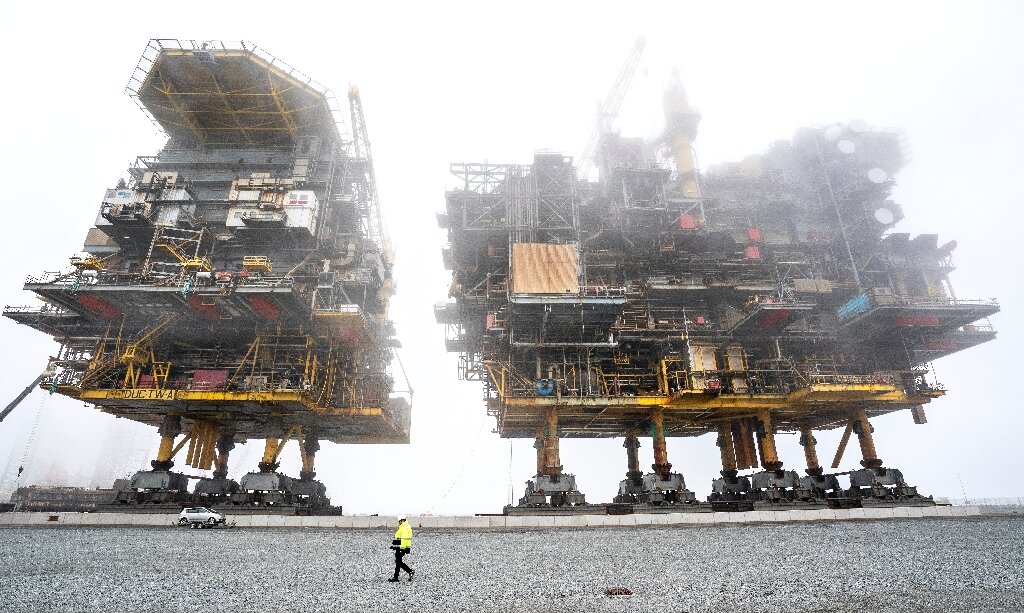 Denmark’s decision to end oil and gas production by 2050 means a tender for exploration in the North Seas will be cancelled.


Denmark, the EU’s biggest oil producer post-Brexit, said Friday it will halt all North Sea oil and gas production and exploration by 2050 in line with its bid to become an energy transition role model.

Following an agreement reached between the Social Democratic government and a majority in parliament, “Denmark becomes the biggest oil and gas producer to set a date for a definitive end” to oil production, the energy ministry said in a statement.

The decision means an eighth tender offer for oil and gas exploration in the North Sea will now be cancelled.

Danish oil production, which began in 1972, has been on the decline for several years, and has been halved in the past decade.

“We are now putting an end to the fossil fuels era and tying our North Sea activities to the 2050 climate neutral goal outlined in our climate law,” Energy Minister Dan Jorgensen said.

The Nordic country, which aims to reduce its greenhouse gas emissions by 70 per cent within 10 years, aims to “use the decision as a starting point to take on the role as world leader in the progressive elimination of oil and gas” as an energy source, the ministry said.

The decision was hailed by environmental organisations.

“Denmark has a moral obligation to end the search for new oil to send a clear signal that the world can and must act to meet the Paris Agreement and mitigate the climate crisis,” Greenpeace Denmark said in a statement to AFP.

Denmark’s oil fields are located about 150 kilometres off its west coast, near its maritime borders with Britain and Norway.