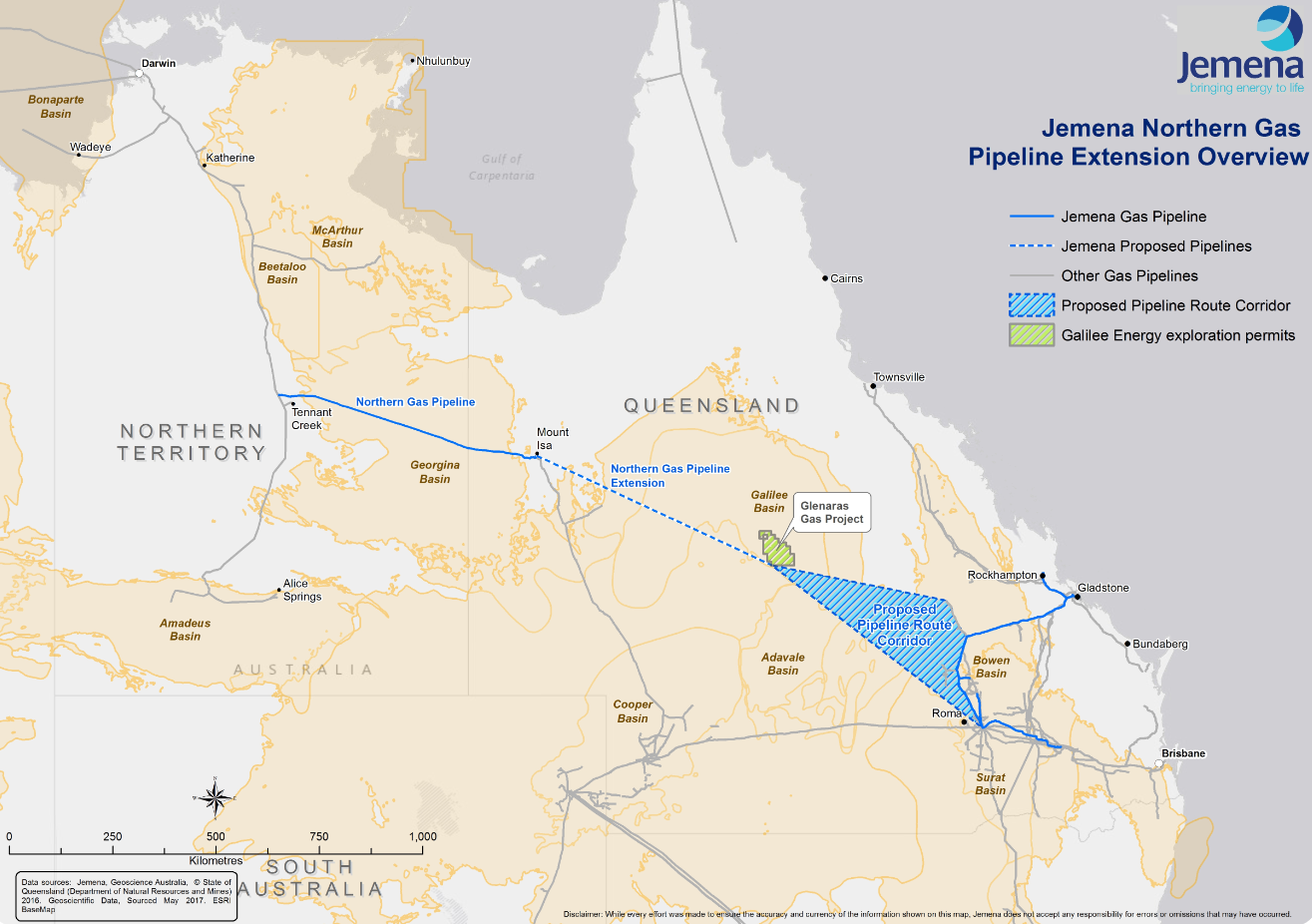 Jemena has signed a binding agreement with Galilee Energy Limited to work together towards agreed development milestones that will fast-track plans to deliver a large new source of gas from Galilee Energy’s Glenaras Gas Project in the Galilee Basin in central Queensland to the east-coast domestic gas market.

In parallel, Galilee Energy will progress their appraisal activities at the Glenaras Gas Project to certify a proven gas resource large enough to underwrite the pipeline construction.

Jemena’s Executive General Manager of Corporate Development, Antoon Boey, said that to overcome the gas supply concerns currently gripping Australia’s east coast, large new sources of gas need to be produced and delivered to the market as quickly as possible.

Mr Boey explained that “by undertaking the early planning works, both Jemena and Galilee Energy will be ready to proceed to front end engineering and design (FEED) on both pipeline and field development in 2019 with the objective of first gas to market in 2022.”

Galilee Energy’s Managing Director, Peter Lansom explained that “Galilee Energy has one of the largest uncontracted contingent gas resources on the east coast. The company’s upcoming lateral programme has the potential to unlock this resource into a significant reserve position. This partnership is all about working together to get this critical gas supply option to the domestic market as quickly as possible,” said Mr Lansom.

Mr Boey said the announcement marks another key step in Jemena’s plans to expand and extend its Northern Gas Pipeline (NGP), via the Galilee Basin, to the largest gas markets on the east coast.

Construction of the NGP – a 622km pipeline from Tennant Creek in the Northern Territory to Mount Isa in Queensland – began in July and is progressing to schedule. The NGP is creating around 900 jobs, with first gas on the pipeline expected to flow in late 2018.

“The simplest way to solve the east coast gas crisis is to develop new sources of domestic supply. Jemena’s plans to transport more gas from Northern Australia have the potential to provide affordable and reliable gas supply across north and eastern Australia for decades to come,” said Mr Boey.