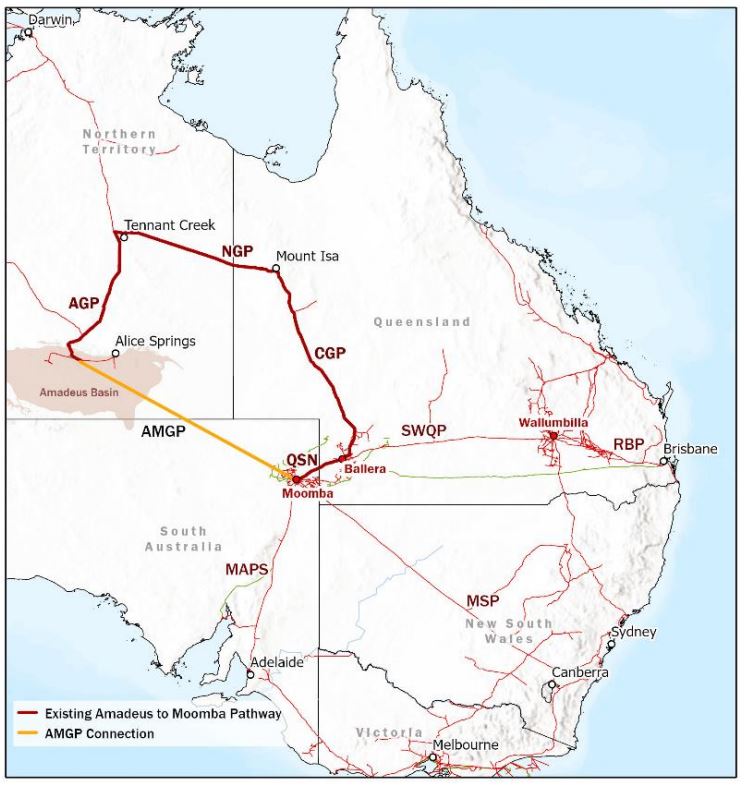 Central Petroleum Limited has signed an agreement with Australian Gas Infrastructure Group (AGIG) and Macquarie Mereenie Pty Ltd to progress towards a Final Investment Decision (FID) for the development of the Amadeus to Moomba Gas Pipeline (AMGP).

The three proponents have agreed to progress actions to complete an FID by 2021 for the AMGP, with construction currently planned from 2022.

The proposed pipeline would provide gas from proven reserves in NT’s large Amadeus gas basin, reducing the transport distance from 2,200km to 950km into Moomba, which is a key part of the gas supply chain to Sydney and the east coast markets.

“This is an extremely exciting opportunity to help increase the supply of gas from central and northern Australia to the south-east gas markets, mitigating gas shortages forecast from 2024,” commented Central Petroleum’s Director and CEO, Leon Devaney.

“Increased, more cost-efficient gas supply to users in the south-east can only help the delivered price of gas to the east coast. A new, more efficient route to domestic markets will also increase the viability of broader gas exploration and production within onshore NT gas reserves, where there is enormous untapped potential,” he said.

The AMGP is planned to be a 950km pipeline, up to 16-inch in diameter with free-flow capacity of 124TJ per day (45PJ per year), and would be expandable with compression.

Central Petroleum states that the AMGP can be a stimulus for significant capital investment, ultimately generating jobs and benefits to the NT economy through gas production royalties.

“There’s currently an active national conversation about domestic gas supply, with many alternative proposals to supply more gas to the east coast. We strongly believe the AMGP proposal is by far the most practical and realistic option to address supply concerns from 2024, as substantial investigation has already been undertaken, including Front End Engineering Design (FEED). It could also provide efficient and highly responsive gas storage and supply to complement growing, but intermittent, renewable energy generation,” said Mr Devaney.

First supplies of gas are forecast to be delivered via AMGP to the Moomba gas supply hub by 2024.