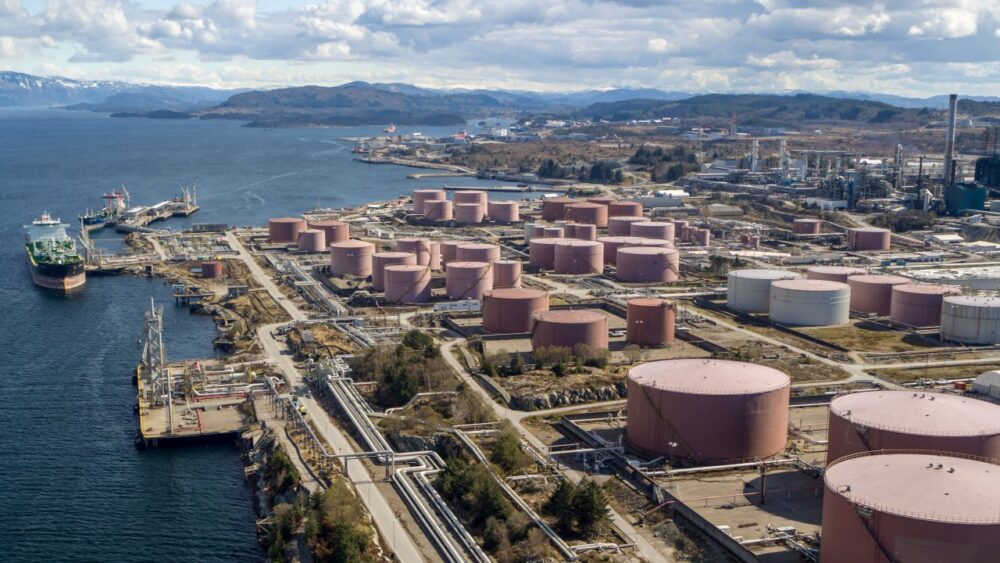 Irene Rummelhoff, executive vice president of Marketing, Midstream and Processing at Equinor, detailed that as soon as the company became aware of the situation, it quickly implemented measures to limit the consequences of the oil seepage.

“The oil in the ground around the overflow basin has now been collected. All identified sources of leakages have been fixed, and oil values from the water treatment plant have returned to normal levels,” she said.

The overflow basin is the final stage in the treatment plant at Mongstad. The basin collects treated water before it is ‘released’ into Fensfjorden in accordance with the permit granted by the authorities.

Following a requirement from the NEA, a new water volume meter was installed in early 2019 at the outlet of the overflow basin. After this installation, daily analyses revealed increased presence of hydrocarbons in the overflow basins.

Equinor’s investigations in spring 2020 determined that the direct cause was increased seepage from already polluted ground.

Installation of the new water flow meter led to higher groundwater levels in periods with a lot of precipitation, so that the stabile oil that was in the ground was washed out and had run down into the overflow basin.

The company states that measures that were initiated have been effective, and the oily water values from the overflow basin have now returned to normal.

The NEA was notified in February, at which time Equinor also initiated an internal investigation.

The investigation report reveals that the oil seepage cannot be tied to a particular incident, but is rather due to seepage from the drainage system for oily water, as well as several minor, past discharges from operations and maintenance routines and incidents.

A total of 112 cubic metres of oil have been collected and removed from the area.

Based on the information from Equinor, the NEA issued an order on 27 November, requiring Equinor to undertake a thorough assessment of the pollution situation in the ground, as well as to implement measures to prevent negative environmental impact from potential ground pollution.

Rummelhoff said the conditions uncovered at Mongstad are unacceptable.

“The investigation shows an inadequate understanding of requirements that apply for discharges to the ground. This has led to us developing a practice in this area that does not conform with relevant environmental requirements,” she said.

“In addition to operative measures on-site, we have therefore commenced work to improve knowledge and ensure compliance with all requirements for discharges to the ground. In regards to discharges to water, the investigation confirms that we have good routines in place to ensure that we are within the limits set by the authorities.”

The investigation report can be downloaded from www.equinor.com